The Best And The Worse Of The Bears Franchise

Just how great were these great players based purely on their statistical achievements? Was Walter Payton statistically the Bear’s greatest running back? And really, who is the worst Bear’s quarterback?  Qlik Sense Data Visualizations allow us to answer these questions.

Growing up in the suburbs of Chicago, I was born and bred a diehard Chicago Bears fan. As football season approached this year, I read every preseason write up and retrospective of the team I could get my hands on. Reading about my childhood heroes like Walter Payton, I began to think:

Just how great were these great players based purely on their statistical achievements?
Was Walter Payton statistically the Bear’s greatest running back?
And really, who is the worst Bear’s quarterback?

I couldn’t find anything that provided an analysis on the Bear’s players historical stats and compared players from different seasons, so I decided to build one myself.

I work with Qlik products frequently, and felt that Qlik Sense would be the best means to display and analyze this data. Qlik Sense visualizations are relatively easy to construct with its drag and drop functionality. The pages scale and render with responsive design and also offer visually engaging displays that were perfect for this project. With Qlik Sense I was able to take that data and create something that was engaging, interactive, and quite frankly, fun to use.

Using the CSVs I pulled from Pro Football Reference, I was able to easily load the tables into Qlik Sense with minimal scripting adjustments. I constructed a working data model, with each individual table representative of a specific position group. After about an hour spent exporting the data, loading the data, and making some adjustments to my backend script, I was ready for the fun part: it was time to build some visualizations.

I started with Walter Payton (my all-time favorite Bear) and began building out an individual player dashboard page that followed this layout:

When I reviewed the page I built, it was plain to see how Walter Payton was on an entirely different level than his peers. For example, his 110 rushing touchdowns are almost three times more than current Chicago Bears running back Matt Forte. The scatterplot also offered an astonishing visualization of just how far of a statistical outlier Walter was. Walter essentially sat all alone by himself on the top right quadrant, utterly outpacing his peers in rushing yards and rushing touchdowns.

As I went further down the rabbit hole, I decided to create an in-depth analysis of Walter Payton’s career metrics. I built an individual page that documented Walters’s career performance and charted his year-over-year statistics which led to some very interesting observations.

On the lower left hand bar chart, it was easy to see an incredibly significant drop off in Walter’s rushing attempts and rushing yards in 1982. Being a diehard Bears fan, I was well aware of the fact Walter had only one missed game in his entire career. Turns out that the lack of production in 1982 was due to a 57 day player’s strike, which reduced the season from 16 games to 9. Also notable was Walter’s historic 1984 season. In 1984 at the age of 30, typically an age where a Running Back begins to decline, Walter broke the NFL all-time rushing record while carrying the ball a career high 381 times.

HOW GOOD WERE THE OTHER LEGENDS?

From there, I decided to make individual pages for Mike Ditka, Sid Luckman, and Brian Urlacher.

THE WORST QUARTERBACKS IN FRANCHISE HISTORY

Witnessing particularly awful quarterback play is a rite of passage for any long time Bears fan. So of course it was only natural to investigate who was truly the worst of the worst. Completion percentage and passing yardage are typical barometers of success as a quarterback, but I was particularly interested in looking at touchdown to interception differentials.

By calculating career touchdowns minus career interceptions, and adding in some conditional formatting (red for negatives, green for positives) it was easy to see distinguish the good versus the bad. For example, Bob Avellini managed to throw 33 touchdowns to 69 interceptions in his nine years spent with the Bears. This was good for a particularly brutal -36 Touchdown to Interception differential, the worst in franchise history.

For the sake of contrast, I was able to quickly determine Jay Cutler has a +36 Touchdown to Interception differential which is the best in franchise history.

Ultimately what began as an interesting side project grew into a fully formed application that used NFL data to tell a story about the Chicago Bears, their all-time greatest players, and in some cases the not-so-greats. What surprised me the most when reviewing the application was how easy it all came together. Pro Football Reference provided a quick and easy way to pull the necessary data in a tabular format. Qlik Sense offered ease of use in terms of loading the data, creating my backend data model, and ultimately a user-friendly UI that allowed me to create captivating visuals. With the help of Qlik Branch and its open source extensions, I was able to find a YouTube player to embed videos and add a multimedia component to the application.

It was fun to see my professional background in analytics blend perfectly into my personal fandom revolving around the Chicago Bears. Now I just have to make 31 more applications and we’ll have one for every NFL team! 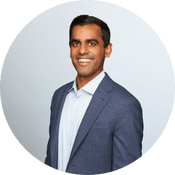 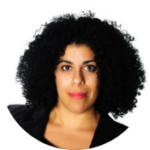